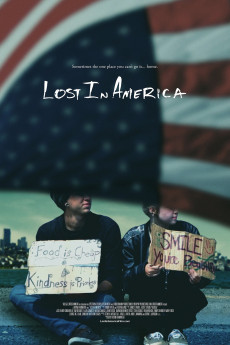 Lost in America is a feature documentary on the issue of youth homelessness in America, following director Rotimi Rainwater, a former homeless youth, and his team as they travel the country to shine a light on the epidemic of youth homelessness- highlighting issues like: human trafficking, the foster care system, youth rejected because of their sexuality, domestic violence, abuse, and more. It also examines what many organizations, politicians and other public figures are doing (or not doing) to help these youth. Featuring interviews with Jewel (executive producer), Rosario Dawson (executive producer), Jon Bon Jovi, Halle Berry, Sanaa Lathan and others, the project has captured the attention of dozens of organizations and members of Congress that have since become involved. In addition, the upcoming film campaign has been sponsored by the organization Sands Cares, Las Vegas Sands’ giving program. More than a film, Lost in America is a movement. It started with one man’s journey to shine a light on the realities of youth living on the streets. Then, a group of filmmakers formed a team dedicated to telling the story of this important journey. Now, this movement is spreading across the country to thousands who are standing with the film to make sure homeless youth are no longer – lost in America.