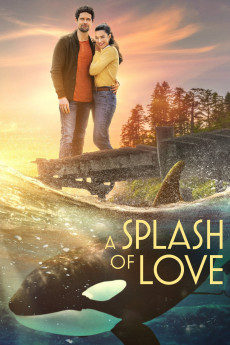 Chloe Turner, a Ph.D. candidate in Marine Mammalogy at Miami Central College, gets the opportunity for a one-week research project in Washington State in her area of interest of whale conservation, this one specifically to study the endangered Southern Resident Orca population in the Salish Sea. It is opportune as it will give her some time and distance to reevaluate her relationship with Marcus, a Ph.D. candidate in Economics, she who sometimes thinks that they operate on different wavelengths concerning their relationship. In some respects, she will be a fish out of water in what will be her home base of Cable Cove, WA in never having studied orcas, and not having spent much time doing field research let alone in a non-tropical locale like the Pacific Northwest. Regardless, she, wanting to show her independence, is averse to asking for help from Ben Winters, a marine tour guide and arguably the most knowledgeable person in Cable Cove on the Southern Resident population. In eventually asking for his help, Chloe and Ben start to fall for each other, which they try to deny if only in respect for her relationship with Marcus. But another obstacle in their relationship is problems in her research project which would be deemed incomplete if she can’t locate Echo, the smallest of the three orca pods, which in turn would affect the possibility of she staying in Cable Cove to do her dissertation on the Southern Resident population.